The Quiet Gentleman – an unexpected heroine

After the huge success of Friday’s Child in 1944, Georgette Heyer had become a regular on the bestseller lists with a reputation for producing a sparkling new novel annually. Although she had regularly written two books a year between 1932 and 1941, by her mid-forties she had found this regime of writing too demanding. Consequently, she had reverted to writing just one book a year and taking off the entire summer to rest and recreate. In 1951, for the first time in ten years, she decided to write two novels. The first was a clever murder mystery,  Duplicate Death (see my previous blog) and the second was to be her tenth book set in the English Regency which she would call The Quiet Gentleman.

Like The Reluctant Widow and The Foundling, The Quiet Gentleman is one of Georgette’s rural novels. Gone is the glittering London scene so brilliantly brought to life in Arabella and The Grand Sophy, instead, the reader finds herself in prime hunting country in the rural fastness of beautiful Lincolnshire. Stanyon Castle is the setting for the novel and is described on page one as a mansion comprised of the remains of a medieval fortress incorporated into a Tudor manor and “enlarged and beautified” by succeeding generations. It has been home to the Earls of St Erth for several centuries; the old Earl has died and his son from his first marriage, Gervase Frant, has inherited the title, much to his half-brother Martin’s disgust. Gervase has been away, fighting in the Napoleonic Wars, and contrary to his brother’s and step-mother’s hopeful expectations, has survived every encounter with the enemy. Ironically, it is not on the battlefields of Belgium that Gervase finds his life in danger, but within the environs of his newly-inherited castle. Perhaps because she had just written another of her detective novels, Georgette decided to incorporate a mystery into her historical novel and there are soon several attempts on Gervase’s life. Though the mystery is slight, solving it proves difficult, not least because Martin’s antipathy towards his half-brother on account of Martin having been raised to think of himself as the true heir to Stanyon. Martin, at nineteen, is the same age as Georgette’s son, Richard, and there are many moments when the author reveals her insight and understanding of a young man’s sometimes highly-charged feelings and the thoughtless impetuosity of youth. Georgette enjoyed writing The Quiet Gentleman, though she could not resist adding a note of self-deprecation to what is otherwise a positive letter to her publisher about the novel:

You know, I don’t altogether dislike this effort. I mean, I haven’t had to fumigate the house, as I did when Sophy lay about it. it’s mere trifling, of course, and Miss Morville is not at all a lively type; but the thing has got a plot, which is an improvement on Sophy; and I fancy the Fans will go a bundle on the Earl of St Erth.

By the 1950s, Heyer’s propensity for self-deprecation had become habitual. It was unfortunate that she felt the need to speak slightingly of her books, for her comments what not reflective of her real attitude to her writing. As discussed elsewhere, Georgette Heyer loved writing and she especially loved writing her Regency novels. One of the main sources of her self-deprecation was the unquestioning acceptance of her manuscripts by her agent and her publisher. At some point in the 1930s, they mostly stopped reading her books and simply forwarded any manuscript Heyer sent to them straight to the printers. Georgette never had an editor, but throughout her long career, she never stopped wanting someone other than herself and Ronald (after her father’s untimely death in 1925, Ronald was always her first reader) to read and respond to what she had written. The Quiet Gentleman was her thirty-eighth novel; her publishers obviously had complete faith in her ability to hand them a clever, well-written book guaranteed to sell in huge numbers to her of eager readers. Georgette, however, set a high standard for herself and refused to rest on her laurels:

I don’t advise you to tackle the Q.G. in typescript: you’ve got the top copy, but I’ve mauled it a bit! When you do read it, let me know what you think! I’ve probably  reached the time of life when I ought to be very careful not to kid myself into thinking that what I’ve written reads nice! One never knows: one could, I suppose, become mechanical, and not perceive it.

She never did become mechanical and her writing remains fresh and witty – a testament to her skill as a writer and storyteller – and Heinemann, of course, published The Quiet Gentleman with their usual alacrity. Despite her plea for his opinion of the novel, Frere did not read it and nor did the Head of Editorial, Arnold Gyde. Gyde was tasked with writing the blurbs for Georgette’s most recent novels and had earned a compliment over his effort for The Foundling, a novel of hers that he does seem to have read – at least in part. However, when The Quiet Gentleman arrived at Heinemann, Gyde handed the manuscript to his adolescent son, Humphrey, and asked him to read it and make notes so that Gyde could write the blurb. Years later, Humphrey vividly recalled the experience and its rather unfortunate aftermath:

I can tell you that I read one of her novels and made notes for my father to enable him to write a suitable
blurb for publication.   Unfortunately I transcribed the name of a character as the nth Earl of St Something instead of the n+1th and this apparently caused an angry and hurt letter to be sent to Heinemann’s and my father to make some comment to the effect that he had not realised that she took her work so seriously.

Arnold Gyde was always kind, well-intentioned and earnest and he worked hard to please Georgette, whom he admired but about whom he had no illusions. He described her in his diary as “she wants to be Georgette Heyer making  a lot of money, she also wants to be Enid Bagnold the artist added to Carola Oman the historian.” He thought of her as an intellectual but in his diary he also wrote that in his opinion she was a person “with something essentially vulgar in her, something very sharp, something very acquisitive – a real woman as you find ‘em.” Another observation – which he later crossed out – read: “I always have a feeling that she would like me to make a pass at her.” In 1952, several months after the publication of The Quiet Gentleman, at the opening of Heinemann’s new Windmill Press at Kingswood in Surrey, Georgette and Arnold Gyde reached a lasting understanding. As Gyde recalled:

I had a ghastly time recognising those who thought I knew them very well…….No one helped me……. Frere as Chairman should,  keeps entirely with the few “big authors” and I alone know all the rest or should say, ought to know the rest.   This leads me to the terrible climax.  “Whose that fine looking woman? asked Noel Baker.   So I introduced him.  I was exhausted.  I confused him with Black of The Daily Mail and said:

“May I introduce you to Mr Black – Lady Jones, whose pen name is Enid Bagnold”.

“Well’ she replied “I am not Enid Bagnold”.

“Nor am I Mr Black”, said Noel Baker.

It was Georgette Heyer!

So this was a terrible moment. What was I to do?  Run away into the bushes? “Well”, I said, “this is surely game and set in the Memory Stakes”.

After this the old girl was very courteous and queenly: “How is your son, the Regular Officer in Hong Kong? And your younger son at Haileybury?”

Then, thank God, I remember that hers is in the 60th. Rifles and ask how he is.  We part amicably, but I know she will make a great story of this.   Furthermore she does.

Drusilla Morville is one of Heyer’s more unusual heroines as well as one of her drollest. Practical, kind and with a great deal of common sense, at first she takes an unassuming role in the story. Overshadowed by the lovely Marianne Bolderwood, the reader does not immediately recognise Drusilla as the heroine of the novel. But an unexpected sense of humour and an acute intelligence gradually bring her to the fore and into St Erth’s notice. Drusilla is unique in the Heyer canon for having liberal, socially-progressive parents and Heyer creates several very witty scenes in which Drusilla reflects on the impracticality of the Pantisocrats and the irrationality of geniuses such as “Miss Mary Lamb, who murdered her mama, in a fit of aberration. Then, too, Miss Wollstonecraft, who was once a friend of my mother’s, cast herself into the Thames, and she, you know, had a most superior intellect.” I have always loved Drusilla for her plain speaking and unshakeable honesty, as well as for her marvellous account of Mr Coleridge and Mr Southey’s ill-fated plan to establish a community on the banks of the Susquehanna River and why it was doomed to fail. It is obvious that Georgette had been reading deeply prior to writing the novel and she obviously found great enjoyment in weaving such real-life figures into her story. The Quiet Gentleman is not entirely in the established Heyer vein, but it is replete with delicious moments and nuggets of pure comedy and Heyer herself said of the novel:

My own favourite is the Dowager. I got quite fond of her! Altogether, I enjoyed writing it 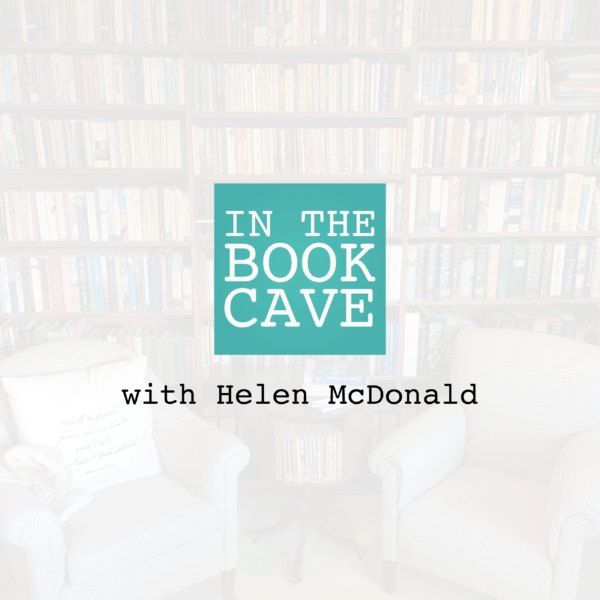 2 thoughts on “The Quiet Gentleman – an unexpected heroine”