“It ought to be a lovely book”

In March 1934 Georgette Heyer began what would become her nineteenth novel. It would also be her first book set in the period of history known as the English Regency – the era when King George III had been declared mad and his son, George, Prince of Wales, would rule as Regent in his father’s stead. Although it lasted only nine years, from 1811 to 1820, the Regency was a dynamic and hugely influential period in British history. While it would be another ten years before she focussed solely on writing books set in the period – and Heyer did not know it at the time of writing Regency Buck – the novel would mark the beginning of a new genre of historical fiction. Georgette was enthusiastic about the book for she had found a wealth of inspiring new material relating to the period and was reading widely. Living in Sussex meant she was in easy reach of London by train and Georgette would sometimes visit the city to have lunch with her agent, shop or visit the London Library. She had been a member of the privaate subscription library in St James’s Square since 1925 and had often had parcels of books sent to her when she was living overseas. Now its wide-ranging collection yielded a rich crop of Regency-related subjects. Georgette immersed herself in the material before writing confidently to her agent:

‘I’m going to open Regency Buck with a Prize Fight – probably Cribb’s second battle with Molyneux, at Thistleton Gap. O.K.? I’ve read Annals of the Ring & Pugilistica – & I know a bit about it now, I can tell you. There will also be a bit of cocking, possibly a meeting of the Beefsteaks, certainly a coaching race to Brighton & a street mill. It ought to be a lovely book.’

It was ‘a lovely book’ in some ways, although she did not achieve the subtle distillation of historical detail into the story or create one of her famous imbroglio endings as she would in later novels. Regency Buck is an entertaining story which gives readers a vivid introduction to upper-class Regency London and Brighton in 1811 and 1812 and has several clever portraits of historical personages including Beau Brummell, Lord Alvanley, the Prince Regent, and his brothers, the Royal Dukes. The book is not without its faults, however, for Georgette’s enthusiasm for the period and her delight in the discovery of so much rich material inspired her to use more in this book than she ever would again. Although the story moves swiftly enough, there are moments when the ephemeral detail threatens to engulf the simple central plot. As she had promised, Georgette included all of the things she had mentioned to Moore and added several others, including an encounter with Beau Brummell at Almack’s, an evening at Vauxhall, a meeting of the Four-Horse Club, and a week at Belvoir Castle with the Duke and Duchess of Rutland. Jane AIken Hodge offered an astute assessment of Regency Buck:

‘elated with her own research, she introduced almost too much detail of journeys and furniture into Regency Buck, but came out strong with the Brighton road when Judith Taverner shocked her world by racing her curricle down it, or a cockfight at which her brother Peregrine could get into trouble. And when she wanted a Royal Prince to fall in love with Judith, there was the Duke of Clarence, ready in her notes, with his famous remark about the Thames: “There it goes, flow, flow, flow, always the same.” She devoted almost two pages to the Pavilion at Brighton, which makes her heroine feel faint, and no wonder. Always her own most acute critic, she would not use quite so much background detail again, until it began to creep back in during the last years of her life.’

Her enthusiatic research among the sources available at the time resulted in three of Heyer’s rare errors of historical fact. The main one relates to the Brighton Pavilion which she describes in all its Chinoiserie magnificence. But Georgette had set Regency Buck in 1811 and 1812, following the chronology established by R.W. Chapman in his famous annotated Pride and Prejudice, whereas the Pavilion in the form that Heyer describes was not actually begun until 1815 nor finished until 1823. She had always endeavoured to familiarise herself with the different periods in which her books were set and to gain a good general grasp of the social and cultural realities of the time and her mistakes in Regency Buck came from her reading of the limited source material. In 1934 were only four published books about the Pavilion. Heyer’s main source was Lewis Melville’s 1909 book, Brighton: Its History, Its Follies, and Its Fashions which included Brayley’s 1838 Account of the Pavilion. She based her description of the Pavilion’s rooms on Brayley and her confusion over chronology likely arose from an inaccurate reading of his text. In his Account of the Pavilion Brayley describes two dates (1811 and 1784) which are carved into two cornices in the Pavilion. In the book Heyer read, the dates are in bold black print and stand out like sub-headings: H.R.H. GEORGE P.W. a.d. MDCCCXI and H.R.H. GEORGE P.W. a.d. MDCCLXXXIV. It appears that she assumed the descriptions written beneath these headings related to those dates. Her second mistake was in attributing the grand oriental design of the Pavilion to Henry Holland who, in 1787, had overseen the original conversion of a farmhouse into the Marine Pavilion, rather than the architect John Nash. This error also came from her misreading of Brayley’s Account. Heyer’s final error in Regency Buck was to have her heroine visit a popular pleasure-garden, the Promenade Grove, ten years after it had closed.

Georgette was proud of Regency Buck, and of the work she had put into it. Her friend Carola Lenanton (nee Oman) had read it and given her high praise which meant a great deal to Georgette who had long admired Carola’s own novels.

‘Kindly note Purple Patch (Clarence’s proposal). Carola Lenanton paid me the biggest compliment I’ve ever had by asking me whether I’d found it in some unknown memoir, & “lifted” it for my book. She said (though I shouldn’t repeat it) that “not one word was false, or out of place.” I knew it was a High Light, but so few people know enough history to recognize it as such!

The “Purple Patch” was a glorious speech uttered by the Duke of Clarence to Judith Taverner, Regency Buck‘s rich and beautiful heroine. The Royal Duke is in debt and eager to find a suitable heiress to marry in order to solve his financial problems. Judith is a woman of birth and breeding, she has character and intelligence, but best of all she has money – lots of it! In this delightful paragraph, Heyer gives her readers so much more than a persuasive argument as to why Judith should accept the Duke’s proposal for here is history in a nutshell:

Oh you mean my brother, the Regent! I do not know why he should oppose it. He is not at all a bad fellow, I assure you, whatever you may have heard to the contrary. There’s Charlotte to succeed him, and my brother York before me. You may depend upon it he thinks the Succession safe enough without taking me into account. But you do not say anything! You are silent! Ah, I see what it is, you are thinking of Mrs Jordan! I should not have mentioned her, but there! you are a sensible girl; you don’t care for a little blunt speaking. That is quite at an end: you need have no qualms. If there has been unsteadiness in the past that is over and done with. You must know that when the King was in his senses we poor devils were in a hard case–not that I mean anything disrespectful to my father, you understand–but so it was. We have all suffered–Prinny, and Kent, and Suss, and poor Amelia! There’s no saying but that we might all of us have turned out as steady as you please if we might have married where we chose. But you will see that it will all be changed now. Here am I, for one, anxious to be settled, and comfortable. You need not consider Mrs Jordan

‘She chose that filthy title, Gay Adventure, (it makes me sick to write) without one word to me!’

In 1935, Georgette’s agent, L.P. Moore, sold the serial rights for Regency Buck to the prestigious women’s magazine, Woman’s Journal. It was a feather in any author’s cap to have a novel serialised in Woman’s Journal for it was widely read by both women and men and an excellent way to achieve greater exposure to the reading public. The magazine’s editor was the formidable and powerful, Dorothy Sutherland, and it was she who decided to change Heyer’s title from Regency Buck to “Gay adventure”. It was a mistake which incurred Georgette’s wrath and resentment – a resentment that was to last for thirty years. So great was her dismay at the new title and the awful subheading for her beloved novel, that from then on Georgette referred to Miss Sutherland as the “S.B.” or “Sutherland Bitch”. It rankled to have her elegant tale cast as something prurient in which “men were men and women were seductuvely coy”. Georgette did not write those kinds of books and would rail against any publisher who misled readers with the wrong kind of cover or advertising strap line. In the case of Regency Buck it was particularly annoying for the book’s heroine, Judith Taverner, was neither seductive nor coy.

Written 85 years ago, Regency Buck has remained in print ever since. An enduring novel, it set the tone for the Regency novels to come, although Heyer never again created quite such a masterful hero as Lord Worth. In 1970, Germaine Greer offered a commentary on romance in her iconic book, The Female Eunuch. In it she described Lord Worth as “her masterful father-lover”, a character-type which Heyer used less and less as her Regency novels evolved. In many of her future novels, relationships between hero and heroine would become more and more relationships of equals and of friends. But she was hugely satisfied with Regency Buck and she had revelled in the language of the period, the costume, the people and the culture. It was Jane Austen’s era and Heyer’s ear was finely attuned to the language, inflection and syntax of her favourite author’s novels and it would shine through in her Regencies. As Heyer herself concluded:

I am inclined to think it is a classic! I don’t really know how I came to write anything so good. I do remember putting in a lot of work on it – And how I loved writing it! The characters in it say “Very true” & “Depend upon it” & Their spirits get “quite worn-down”, & it is “long before the evils of it ceased to be felt” And as for the Earl of Worth – ! Talk of “Heyer-heroes”! He tops the lot for Magnificence, Omnipotence, Omniscience, & General Objectionableness. However, he is more human than the ever popular Duke of Avon, because on one occasion (when Miss Taverner said she was glad he wasn’t her father) “he looked thunder-struck”. Yes, & now I come to think of it, he lost his temper with Miss Taverner & indulged in three pages of recriminations. Avon would have looked down his nose merely. 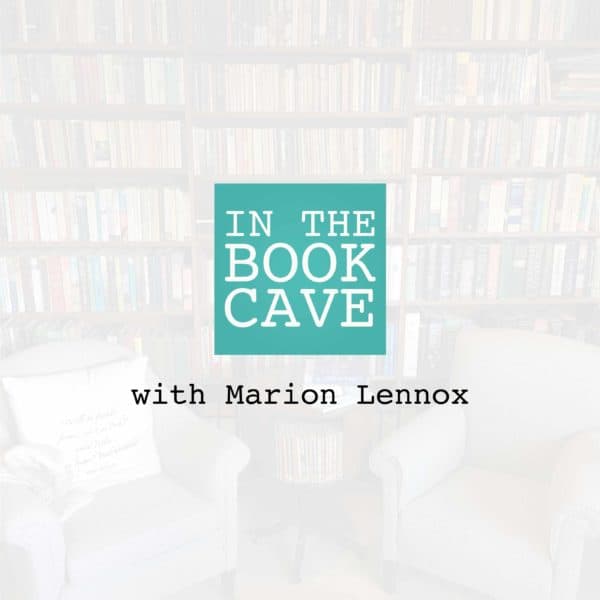