“Miss Heyer is one of the finest writers operating today and it is well past time for this to be declared firmly and openly. She, too, probes into the souls and hearts of her characters but because she knows people, she does not have to rely on simplified text-book Freudianisms to do so. She is aware that ethics, a sense of personal honor, courage and social decency play an enormous role in determining Why People Act The Way They Do

There are many reasons to love Georgette Heyer’s 51st novel, Frederica, for it is a delight. The opening chapter alone is worth the reading for its witty conversation between Lady Buxted and her brother, Lord Alverstoke. Heyer so perfectly depicts the relationship between the hard-hearted, grasping sister and her world-weary, cynical brother. Watching Lady Buxted attempt to cajole Alverstoke into holding a ball for her daughter at his house instead of at hers in order to save her “all the fuss and botheration” is superb entertainment. And the dialogue between brother and sister is among Heyer’s best (which is saying something!). Each character – whether present in the scene or mentioned in passing – is so well delineated that they become real upon reading. Indeed, Heyer’s needle-sharp depiction of Lady Buxted is worth quoting in full for its brilliant, yet succinct picture:

Lady Buxted’s disposition was not a loving one. She was quite as selfish as her brother, and far less honest, for she neither acknowledged, nor, indeed, recognized her shortcomings. She had long since convinced herself that her life was one long sacrifice to her fatherless children; and, by the simple expedients of prefixing the names of her two sons and three daughters by doting epithets, speaking of them (though not invariably to them) in caressing accents, and informing the world at large that she had no thought or ambition that was not centred on her offspring, she contrived to figure, in the eyes of the uncritical majority, as a devoted parent.

In her usual inimitable style the first chapter reflects Georgette’s remarkable ability to lay the foundations for so much of what is to come in Frederica. As she so often achieved in her novels, whatever the main protagonists may be at the beginning of the book it is certain that they will be transformed by the end. In Frederica the changes to be wrought upon her hero by unexpected events will drive the story and ensure myriad scenes to delight the reader. By his own admission, the Marquis of Alverstoke is not a family man. He has “no proper feeling” and tells his sister frankly that she has no more affection for him than he has for her. He has seen too much of the world, is unimpressed by his affairs with designing women, has developed a reputation for being hard and selfish, and is undeniably bored with much of the life he leads. Little does he know that his world will soon be turned upside down by the arrival of the Merrivilles!

“A Nice Piece for you”

Even before she had begun writing it, Georgette already had a fair idea of what her story was to be about. The new novel was to be her second for her new publisher, the Bodley Head, and the CEO, Max Reinhardt, was eager to receive her next manuscript. The Nonesuch – her first novel with the Bodley Head and published the year before – had been a great success. It had hit the bestseller list upon its release in October 1963 and had sold over 36,000 copies in its first two months. In less than a year since joining the firm Georgette and Max had become good friends and he was keen to follow up her success with a new novel in time for autumn publication. In February 1964, Georgette wrote to him with some details of her planned story:

“here is a Nice Piece for you. Beautifully vague, too, because the mixture has not quite blended yet, though it’s coming into shape fast, now that I’m better acquainted with the Merriville family – not to mention their embarrassing dog. I suppose you don’t happen to know how a schoolboy could contrive to get himself unbeknownst into a balloon? No: well, Ronald says he couldn’t conceal himself amongst the sandbags, but I do WANT little Felix to be carried off in a balloon – waving joyously to his brothers and sisters, followed, on the ground, by my longsuffering and very fashionable hero, driving his curricle, and retrieving him, probably, somewhere in Kent.”

It is easy to see from her letters just how much Georgette knew about her story and characters before she ever put pen to paper. As was her habit, she almost always conceived her characters in advance of her writing; often thinking them out while playing “endless games of solitaire”. Once she knew who the story was to be about, she then devised various situations into which to drop her dramatis personae. She was a master of comedy and enjoyed writing the imbroglio endings that had become one of the hallmarks of her clever historical novels. In Frederica Georgette created one of her rare happy families: the Merrivilles. With her eponymous heroine very much in charge, Frederica brings her beautiful sister, Charis, and her two younger brothers, Jessamy and Felix, to London with the aim of entering the ton and finding Charis a suitable husband. Knowing the Marquis to be a distant cousin and believing him to be married she writes to Lord Alverstoke in the hope that he will acknowledge their family relationship and that his wife will assist her in achieving her ambition for Charis. Of course, Alverstoke is not married and reluctant to assist the family in any way – that is until he sees Charis! Georgette had the story clearly in mind when, at Reinhardt’s request, she penned a brief blurb in February 1964:

This book, written in Miss Heyer’s lightest vein, is the story of the adventures in Regency London of the Merriville family: Frederica, riding the whirlwind and directing the storm; Harry, rusticated from Oxford, and embarking with enthusiasm on the more perilous amusements pursued by young gentlemen of ton; the divine Charis, too tenderhearted to discourage the advances of her numerous suitors; Jessamy, destined for the Church, and wavering, in adolescent style, between excessive virtue and a natural exuberance of spirits; and Felix, a schoolboy with a passion for scientific experiment.

In Frederica, Miss Heyer has created one of her most engaging heroines; and in the Marquis of Alverstoke, a bored cynic who becomes involved in all the imbroglios of a lively family, a hero whose sense of humour makes him an excellent foil for Frederica.

Reinhardt was delighted with the outline of Georgette’s new book and liked it so well that he used it as the blurb for the first edition As he told his bestselling author in early March 1964: “The blurb is fine and you realise of course that with those two paragraphs alone we have already booked orders for several thousand copies of Frederica. The trade are very happy with you and with us.” Knowing that Frederica was underway, Reinhardt immediately began putting things in place for the spring catalogue. It was important to whet the booksellers’ appetite and a new “Georgette Heyer” guaranteed a high subscription figure. Even without publicity and despite her determined reclusiveness the 1960s, Heyer had become a huge bestseller and so famous that her birthday was recorded in The Times.

Frederica is progressing slowly: I am getting to know the people in it, & have just introduced a pleasing hound, who will probably harry the cows in the Green Park, by way of adding his mite to the troubles besetting Our Hero.

Among Georgette Heyer’s many excellent novels are a number of canine characters whose role (no matter how small) in their particular book is often crucial to the story. In Frederica Georgette created a dog that would become a general favourite with her readers. Named “Lufra” after the brave hound in Sir Walter Scott’s poem, “The Lady of the Lake”, because of his courage in saving Jessamy from a bull, Frederica’s dog has an adventurous history. Georgette describes Luff as a “large and shaggy dog, of indeterminate parentage” with an affable temperament and a “disposition to be friendly”. He is a beloved member of the Merriville family none of whom is truly able to exercise complete control over him. It is this aspect of his doggy personality that Georgette uses to such brilliant effect in Frederica. Of course, to those readers in the know, Lufra will forever be the “Baluchistan Hound” whose bad behaviour in the Green Park not only brings Frederica to the Marquis’s door but also creates one of Heyer’s memorable comic scenes. Georgette loved dogs and always thought of them as excellent judges of character. Whenever a dog is present in a Heyer novel, the reader can be sure of discerning a character’s worth from how well or badly the dog reacts to them.

“I am very, very dangerous, in fact”

For the first few weeks of writing, Frederica progressed well. Georgette was writing when she could but had encountered various interruptions which meant that this novel – unlike her previous fifty – would not be written quickly. This was frustrating, but, knowing that Max had included Frederica in his autumn catalogue, she was determined to get the book finished. Georgette was also aware that she had promised Woman’s Journal the manuscript for serial publication. They had offered a £3000 advance and were keen to make a big splash as Frederica would be their 21st Georgette Heyer novel to be serialised in the popular magazine. In late April Georgette wrote to Max Reinhardt in response to his request for a photo of her which the Bodley Head could use on their stand at the London Book Fair. Something of the stress she was feeling is apparent in her reply:

I have retired into seclusion, & I don’t wish to be ruffled by photographers yet. I’m writing a book — did anyone tell you? So just be a Good Little Publisher, & lay off for a bit! I am extremely edgy at the moment, for not only have I been fighting off a cold for days, with lowering drugs, but yesterday was a total loss, thanks first to the activities of the carpenter, who came to make an adjustment to my desk, & second to the Black-Out—which lasted here until 10.45. As I had to remove everything from my desk on Sunday night (& as it is  the Norwegian Miniature Office this means not only typewriter & reams of paper & notes, but al stack of reference books as well), because the carpenter Faithfully Promised to come First Thing & did not, in fact, turn up till 12.0, by the time he left, just before 9.0, I was in a state of seething exasperation. The Black Out put the lid on it.

I am very, very dangerous, in fact.

Frederica would take far longer to write than Georgette intended. Unlike most of her previous novels, this book was not finished in two or three months. Despite having started it in February, at the end of May Georgette wrote to her publisher to say that she had only

The reality was that Georgette was not well. Less than a month later, on 29 June 1964 she was rushed to Guy’s Hospital in excruciating pain. Kidney Stones were diagnosed and an operation scheduled. For the first time in her life, Georgette could not fulfill her contract and finish her book. Frederica was to be an interrupted novel. 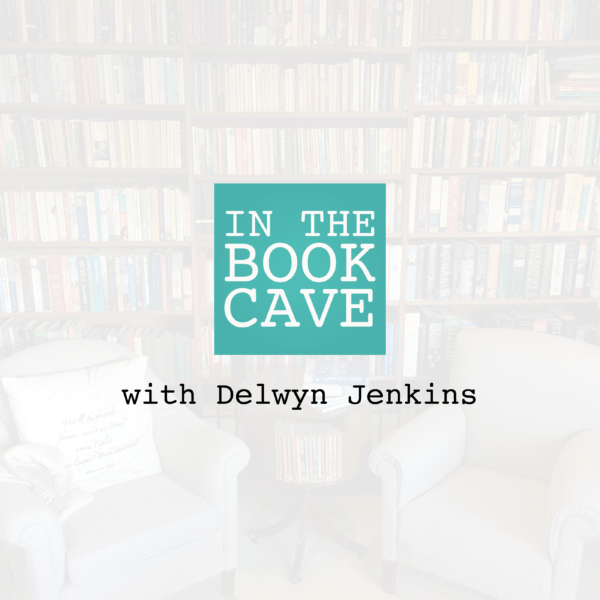