Death in the Stocks – “mirth and murder”

By 1934 the Rougiers were comfortably settled into their new home of Blackthorns at Toat Hill, near the market town of Horsham wwhere Ronald had his sports store. Blackthorns was a large, comfortable house and Georgette had a maid and possibly a cook-housekeeper to ease the domestic burden. She needed the support for she was writing at full speed again and as she once said frankly, “let me tell you (for my biography) that neither by training nor by temperament am I suited to Domesticity”. Her ability to focus on her writing would see Georgette produce twelve books in the seven years she lived at Blackthorns. She’d begun publishing two books a year in 1928 and, with only a few exceptions, would manage to continue this writing regime until 1943 which would be her first year withour a new novel since 1926. It was undoubtedly demanding, but Georgette loved to write and was brimming with ideas. It was in the 1930s that she began to write one detective story and one historical novel a year, alternating between the two styles, with a separate publisher for each. It is a rare author who can achieve a high degree of success writing in two different genres and find a large audience for each, but with talent and discipline Georgette Heyer did it and it is a testament to her skill that both her detective and her historical novels have remained in print ever since their first publication.

Many people consider Death in the Stocks to be Georgette Heyer’s best detective novel. It is certainly her wittiest and she obviously enjoyed writing it. It is a novel of firsts: her first book where her characters crack jokes over the corpse and do their best to put off the police by suggesting that they each might be the murderer; her first where she introduces Superintendent Hannayside, who would appear in her next few mystery novels; and the first of her detective novels written without her husband Ronald’s assistance. This last point is likely due to the fact that the murder victim is found dead on page two and the manner of his death is obvious – there was no ‘howdunit’ in Death in the Stocks for Ronald to devise or explain to Georgette (as he had to do with No Wind of Blame). The characters in the novel are fully realised and Dorothy L. Sayers said of them: ‘Miss Heyer’s characters and dialogue are an abiding delight to me…I have seldom met people to whom I took so violent a fancy from the word “Go”.’ These delightful characters are the charming yet infuriating Verekers and the intelligent solicitor, Giles Carrington. It seems likely that Georgette did not know she would use Hannayside again when she wrote Death in the Stocks, for it is Carrington and not the Superintendent who eventually solves the crime.

“Humour and mystery so perfectly blended”

Death in the Stocks was to be Georgette’s final book for Longmans. She had been growing increasingly dissatisfied with the firm and had not been entirely happy with their handling of her previous detective novel, the Unfinished Clue. Like many authors, Heyer always felt that her publisher could do a better job of promoting her books and by the time Death in the Stocks was due to be published she had become almost cynical about Kenneth Potter of Longman’s messages about her books. It was Kenneth Potter who, in 1932, had written to Georgette when Richard was born to say that ‘he hoped he & Footsteps were going to be my two most successful works’. Georgette had liked him well enough at the time to be pleased by his compliments, but by 1935 the gloss had worn off and his well-meaning message about her new novel evoked a cynical response from her:

‘You ought to see Potter’s latest effusions! He “feels sure he can sell Death in the Stocks”! Ha, Ha!’ had not been impressed by Kenneth Potter’s

Potter’s efforts to keep Georgette with the firm were not successful. Longmans did not want to lose her and were disappointed by the decision for her reputation as a witty crime writer was growing and she was a reliable writer whose sales were increasing. On 19 February 1935 – just two months before Longmans were to publish Death in the Stocks – Georgette formally ended her relationship with the publisher and signed a new contract with Hodder & Stoughton for ‘her next four new and original “modern” novels’. Never comfortable with conflict or having to face trouble head on, after signing the new contract, Georgette confessed to her agent, L.P. Moore, ‘I dread the inevitable spate of reproachful letters from Potter’, and begged Moore to ‘head him off’. Despite her departure from the firm only weeks before they published Death in the Stocks Longmans did Heyer proud. and the novel received glowing reviews in several major British papers.

Although Miss Georgette Heyer’s publisher’s describe her latest book as “A thriller”, it is more considerable and certainly more satisfying than the type of novel that commonly goes by that name, for Death in the Stocks is not only a very neat and mystifying detective story, it is also an excellent example of what can be achieved when the commonplace material of detective fiction is worked up by an experienced novelist. Miss Heyer’s characters act and speak with ease and conviction that is as refreshing as it is rare in an ordianry mystery story.

Georgette had not had a novel published in America since Longmans had brought out Beauvallet in 1930. In 1935, however, Doubleday Doran brought out Death in the Stocks under the new title of Merely Murder as part of their Crime Club series with a teaser on the cover that read: with a quote on the cover which read: ‘A rare and refreshing novel of mirth and murder among the mad young Verekers’. Georgette was pleased to have an American publisher again and wrote from her sickbed to Moore’s assistant, Norah Perriam, to say “I feel quite elated, & have decided not to die after all.” Doubleday produced the first of several striking covers for her mysteries and the book sold so well that it marked the beginning of Doubleday’s publication of all Georgette’s crime novels in America.

The secret lies is Miss Heyer’s remarkable gift for portraiture in the round; she makes the wayward Vereker family about whom suspicion hovers not only alive but positively frisky.

Ralph Partridge, “Death Everywhere”, The New Statesman and Nation, 4 May 1935

In 1936 Georgette received word that an American playwright wanted to produce Death in the Stocks on Broadway. The writer was to be Mr A. E. Thomas, a New York playwright with more than two dozen produced scripts to his credit and whose most recent play No More Ladies had been made into a film the previous year with Joan Crawford and Robert Montgomery in the starring roles. The Playwright had been drawn to the idea of converting Heyer’s novel into a play by the quality of her dialogue, by the characters’ personalities and the question as to Kenneth Vereker’s guilt or innocence. Thomas was keen to have Georgette’s comments and suggestions for the script and sent first and second drafts of it to her in England. She read the second draft in November 1936 and instantly became concerned that Thomas had lost sight of his original intention and turned down the vaudeville path rather than trying to maintain the wit and humour of the original story. She told her agent that, ‘Wit & custard-pies don’t mix. If he tries to introduce “mad situations” he will fall between two stools’ and that ‘the more Mr Thomas deviates from my text the worse the play grows’. Georgette hoped to go to New York to work with Mr Thomas in person but it proved impossible and in the end he finished the script and the play went on. It ran for three nights and then closed. Although A.E. Thomas never had a Broadway hit (none of his plays ran for longer than six months) he was accounted a successful playwright and many of his scripts were adapted for Hollywood and made into films. Death in the Stocks, on the other hand, continues to sell around the world. 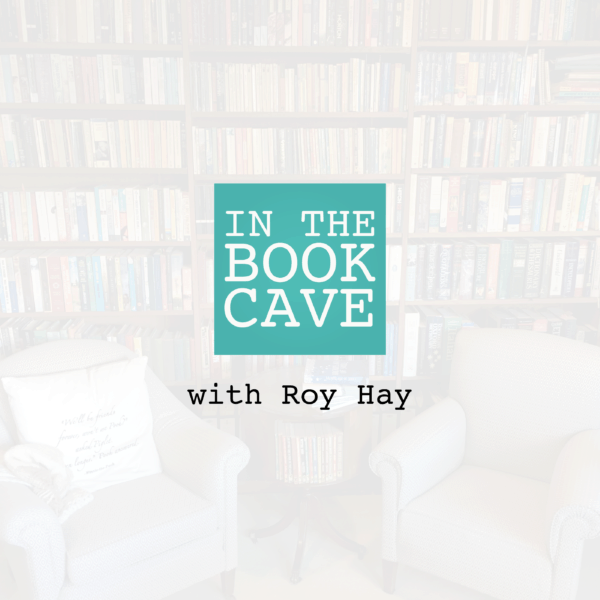 Former academic and a veteran sports writer, Roy Hay has been described as ‘one of Australia’s most influential football writers’ and there’s not much he doesn’t know about the ‘World Game’. Author of multiple books…
Watch Now

2 thoughts on “Death in the Stocks – “mirth and murder””